Considering how happy most folks are to see 2011 fading in the rear-view mirror, it’s amazing what a collective sense of optimism there is about 2012. An Associated Press-GfK survey found that 62 percent of those surveyed are optimistic about what 2012 will bring America, and 78 percent were personally optimistic about the new year. (http://www.politico.com/news/stories/1211/70925.html) This validated my experience at a big New Year’s Eve party where there wasn’t much talk about resolutions, but there was a surprisingly positive and hopeful view of the coming year.

We all know that New Year’s Resolutions often fade away quicker than losing teams in the football playoffs. Optimism, however, works! When it comes to being successful at changing behavior, especially health behavior, the optimists have an upper hand.

In a huge study of 100,000 women (reported on a BBC website http://news.bbc.co.uk/2/hi/8193180.stm) American researchers found results that mirrored those of an earlier Dutch study on men. Published in the prestigious medical journal Circulation, the study showed that “optimistic women had a 9% lower chance of developing heart disease and a 14% lower chance of dying from any cause after more than eight years of follow up. In comparison cynical women who harboured hostile thoughts about others or were generally mistrusting of others were 16% more likely to die over the same time-scale.” Another study in The Archives of General Psychiatry (Nov 2004) states that major depression is a known risk factor in cardiovascular death – this isn’t new news. Optimists have a 55% lower risk of death from all causes and a 23% lower risk of cardiovascular death than pessimists. (http://l-pawlik-kienlen.suite101.com/personality-changes-everything-a12402#ixzz1jNWQda4E) A study in the February 27, 2006 issue of Archives of Internal Medicine, found that the most optimistic elderly men had a 50% lower risk of cardiovascular death over 15 years when compared with the least optimistic. These are only a few of the studies out there, but we’d have to say that being optimistic is a significant advantage. (http://www.ideafit.com/fitness-library/optimism-associated-with-lower-cardiovascular-risk)

“If you realized how powerful your thoughts are, you would never think a negative thought.”– Peace Pilgrim

When social scientists study optimism though, as usual, the simplistic becomes more complex than we thought. In the comprehensive book Health Behavior Change and Treatment Adherence: Evidence-based Guidelines, authors Leslie Martin, et. al. (http://www.oup.com/us/catalog/general/subject/?view=usa&view=usa&ci=9780195380408&cp=24297) find optimism to be an advantage for healthy behavior, but not without it’s contradictions.

When Optimism Becomes Too Rosy

One downside can be when optimists consider health risks. The overly optimistic person wants to assume that their casual sexual partner is certainly free of any STD’s. They may forego their annual medical check-up for years and years because they are so positive that they are completely healthy.

Optimists expect positive outcomes, but don’t always realize that they may need to take action to change their own behavior in order to affect those outcomes. This is where wellness coaching can help a client get the results they want by implementing a real plan to get there.

Optimism is no “free pass” to success at behavioral change. Martin, et.al., found that optimistic self-beliefs don’t operate equally across all type of change. Some people might feel very optimistic about starting a change process in some areas and not in others, or “competent to start a new behavior but frustrated and pessimistic when facing the inevitable difficulties and barriers in its long-term maintenance.”
They also found that “Optimism may help when meeting primary prevention goals such as eating a healthful diet or when initially faced with a health crisis. Optimism may be less helpful when dealing with the ongoing challenges of treatment for a chronic illness or when making assessments about risks…”

Martin and crew do conclude though, that “Optimism… appears to be a major determinant of goal-directed behavior and tenacity. Optimistic people persevere and keep trying despite difficulties!”

Coaching is an intrinsically optimistic process and profession. It believes, and coaches themselves believe, in the potential of the human spirit. I love to say that coaching was grounded in Positive Psychology twenty years before Martin Seligman and others started using that term. Their research has done a great job of validating the coach approach.

Wellness coaches will forever encounter less than optimistic, even flat-out pessimistic clients. Many times we are working with people whose hope and optimism has been dashed by one failure experience after another. Lifestyle change goals like weight-loss, stress management and smoking cessation are frequently attempted and met with disappointment. Such a client needs to have what Albert Bandura calls “Mastery Experiences”. It’s the old coaching maxim of “nothing succeeds like success”. Call them baby steps, or whatever you like, but success does build on small, high-probability successes. We can enhance that success probability with good coaching. As self-efficacy rises once again, hope and optimism is generated, re-kindled. The fire of change is ignited once again! 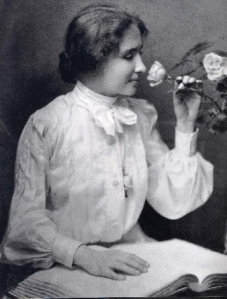 “No pessimist ever discovered the secrets of the stars, or sailed to an uncharted land, or opened a new heaven to the human spirit.” – Helen Keller

What are your thoughts on optimism and behavior change? Please add your comments here.

Promote Your Page Too